Idea Day was simply a day to share ideas.  But over the last few years it has grown into more.  Regional Idea Days, The Idea Day Summits, Idea Nights, The Idea Talks Podcast, and the upcoming Idea Day Mentorship Program have reminded us that God is doing something big here, and it’s not slowing down anytime soon.  Over the last 2 years I’ve had several friends suggest that we establish and publish a Confession of Faith outlining the doctrinal position of Idea Day.  I was hesitant.  Idea Day is simply a day to share ideas.  However, we’ve continued to grow to such a point I felt it necessary to follow this good counsel.  Below you can read the confession for yourself.  In the following links you can listen to us discuss this confession in detail.

We believe that the Holy Bible was written by men divinely moved by the Holy Spirit of God; that it has God for its author, salvation for its end, and truth without any mixture of error for its content; that it reveals the principles by which God will judge us; and therefore is, and shall remain to the end of the world, the true center of Christian union, and the supreme standard by which all human conduct, creeds, and opinions should be determined.

We believe that there is one, living and true God, whose name is Jehovah, the Maker and Supreme Ruler of heaven and earth; inexpressibly glorious in holiness, and worthy of all possible honor, confidence, and love; that in the unity of the Godhead there are three persons, the Father, the Son, and the Holy Ghost; equal in every divine perfection, deity, and each executing distinct roles in the great work of redemption.

We believe that man was originally created in holiness, under the law of his Maker; but by voluntary transgression fell from that holy and perfect state; in consequence, all mankind are now sinners, not by constraint, but choice; being by nature utterly void of the holiness required by the law of God, positively inclined to evil; and therefore under just condemnation to eternal destruction, without defense or excuse.

We believe that the salvation of sinners is completely of grace, through the substitutionary work of the Son of God; who by the appointment of the Father, took upon him our nature, yet without sin; fulfilled the divine law by his personal obedience, and by his death made a full atonement for our sins; that having risen from the dead, he is now enthroned in heaven; and he is in every way qualified to be an all-sufficient Savior and Lord.

We believe that the gospel message leads to the justification of sinners; that justification includes the pardon of sin, and the promise of eternal life on principles of righteousness; that it is bestowed, not in consideration of any works of righteousness which we have done, but solely through faith in the Redeemer’s finished work; by virtue of which faith his perfect righteousness is freely imputed to us of God; that it brings us into a state of peace and favor with God, and secures every other spiritual blessing necessary for eternal life.

We believe that the blessings of salvation are made free to all without distinction by the gospel, and that nothing prevents the salvation of the greatest sinner on earth to receive this gift but his own inherent depravity and voluntary rejection of the gospel; which rejection involves eternal condemnation. In order to be saved, sinners must be regenerated, or born again; that regeneration consists in a genuine belief concerning the death, burial, and resurrection of Jesus Christ.

We believe that Sanctification is the process by which, according to the will of God, we are made partakers of his holiness; that it is a progressive work; that it is begun at the moment of conversion by faith; and that it is carried on in the hearts of believers by the presence and power of the Holy Spirit, by means of the Word of God, self examination and confession of sin, unity with fellow believers, and prayer.

We believe that such only are real believers as endure unto the end; that their continual attachment to Christ is the defining trait which distinguishes them from superficial and false converts; and they are kept by the power of God through faith unto salvation.

We believe that a visible, local Church is a congregation of baptized believers, associated by a covenant in the faith and fellowship of the gospel; observing the ordinances of Christ (baptism and the Lord’s Supper); governed by his laws, and exercising the gifts, and privileges invested in them by his Word.

We believe that Baptism is the immersion in water of a believer, in the name of the Father, and Son, and Holy Ghost; to show forth publicly our faith in the crucified, buried, and risen Savior, with its effect in our death to sin and resurrection to a new life; that it is prerequisite to the privileges of a Church relation; and to the Lord’s Supper, in which the members of the Church, by the sacred use of bread and wine, are to commemorate together the dying love of Christ; proceeded always by solemn self-examination.

We believe that civil government is of divine appointment, for the interests and good order of human society; and that leaders are to be prayed for, conscientiously honored and obeyed; except only in things opposed to the will of our Lord Jesus Christ as conveyed in the scriptures.

We believe that at the last day Christ will descend from heaven, and raise the dead from the grave to final retribution; that a solemn separation will then take place; that the wicked will be sentenced to endless punishment, and the righteous to endless joy; and that this judgment will fix forever the final state of men in heaven or hell, on principles of righteousness and the faith and belief in the atoning work of our great Savior, Jesus Christ the Messiah. 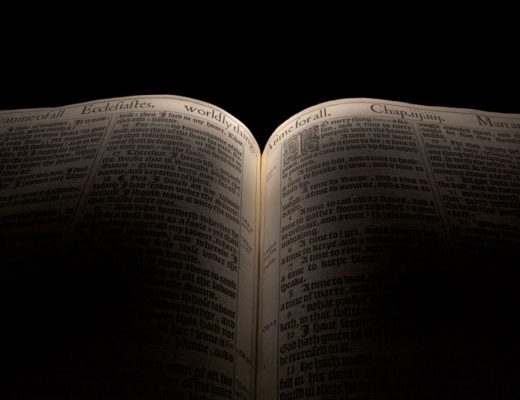 Are We Ready? A question for those who love the KJV 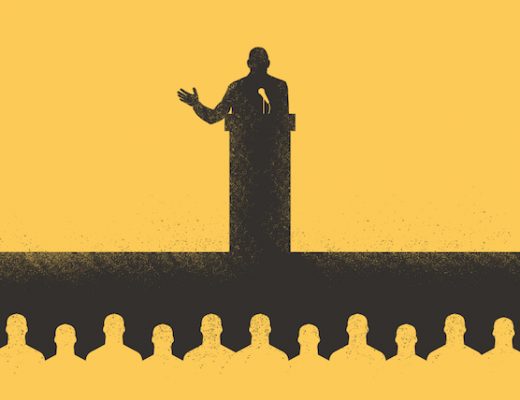 Three to Thrive No Longer