Monogamy – Who Needs It? 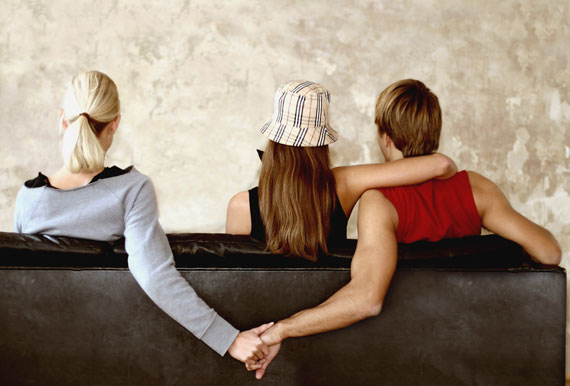 Traditional ideas of morality are quickly dismissed as antiquated and quaint in our uber-progressive and highly-evolved culture.  We understand that, as a society, we have matured beyond such closedminded theories on right and wrong.  Monogamy is one such tradition that has been slowly fading away since the Sexual Revolution of the 1960’s.  Thank God we took time to listen to unwashed hippies, flying high on LSD, singing “love the one you’re with” who clearly knew more about love than the previous generation who only survived the Great Depression and defeated international fascism.

Monogamy is on the way out, and good riddance!  It’s abundantly obvious that monogamy can lead to all sorts of evil. Also, monogamy simply isn’t natural.  Moreover, having multiple sexual partners can be so much fun!  Just watch a few episodes of Sister Wives and you’ll see how much fun Kody is having.

For decades we’ve been told that monogamy (1 man committed to 1 woman for 1 lifetime) is outdated, unnatural, and unnecessary in our modern society.  And, perhaps it is.  Or, could it be that our current culture is just now reaping the harvest of 50 years of sexual promiscuity?  Not a day goes by that another politician, media mogul, news anchor, sports hero, artist, or clergyman isn’t accused of predatory behavior.  Our world is crying out for a better way!

I propose that there is a better way.  I recommend that our society reexam the benefits of monogamy and subsequently dedicate ourselves to this superior way of life.

Men Who Want to Live Without Fear

Before I continue, please understand, I hold no misplaced empathy in my heart for any man who would hurt a woman, or intimidate a woman into sexual behavior.  These evil men should receive just rewards for the sins they have committed.  Nor is their fear in anyway comparable to the fear of one who has been sexually assaulted.  I only wish that someone had warned these men that monogamy is the alternative lifestyle that leads to joy, pleasure, peace, and safety – for everyone.

Now, imagine how nerve-racking it must be to live as an open or closeted polyamorous[1] man in today’s climate.  Whether he has permission from his wife or is simply a traditional sneaky philanderer, the fear is real – regardless.  Why?  Because at any moment a woman can rise up and accuse you of any sort of vile behavior for which you will have little defense.  Your family could be split.  Your career could be ruined.  Your fortune could be lost.  And fame only tends to increase your chances of losing your life.  Just look at men like Morgan Spurlock as he describes the fear under which he has been living due to his own sexual promiscuity.

Okay, let me explain the fear these men face.

Let’s suppose the average stud-muffin who is not monogamous sleeps with one new person every month.  Physical attractiveness, financial wealth, and international fame factor in here.  The more of these you have, the more “success” you will find in your sexual conquests.  But for now, let’s suppose the average player scores 12 times per year.[2]  If you have 10 good years that puts your score at 120.  Hear me!  That is 120 people who can potentially rise up and sink your ship.  How many movie stars are spending sleepless nights waiting for the next #MeToo tweet?  How many politicians have already written their resignation statement?  Who will be the icon to fall?

I’ll tell you who it won’t be.  It won’t be a monogamous man.  Why?  Because every night they find themselves in the same bed embracing the same woman.  They love one woman and sleep with her.  They resist the temptation of adultery.  They fight to keep the Mike Pence Rule formerly known as the Billy Graham Rule.  The Evangelist made a commitment to never eat, travel, or meet alone with a woman who wasn’t his wife.  This sounds like a brilliant plan in a hypersexualized world.  However, this practical idea has been ridiculed.  In March of 2017 this concept became a joke.  But then suddenly, in November of 2017 with the rise of the Me Too Movement, critics began to reexamine their point of view.  Suddenly, the world is looking for a better way than that promoted by a morally bankrupt Hollywood.

Men!  I’m for you guys!  I want you to be able to get some sleep.  Live with a clear conscience by finding out and living out the sexual principles found in the Word of God.  You might be surprised how wonderfully fulfilling life and sex can be when done God’s way.

Yet men are not the only ones who need monogamy…

Women Who Want to Take Control of their Lives

For the last 50 years women have been scammed.  They’ve been told that the way to true equality is to be equally morally reprehensible.  A man can sleep with whomever he likes whenever he wants, so the argument unfolds.  But instead of calling men to a higher standard, they simply lowered their own.  Now, women are free to be as sexually promiscuous as men.  And this has clearly led to so much joy and happiness in our relationships.

Women!  Instead of seeking equality by lowering your standard, why not take control by demanding sexual fidelity from men?  Here are a few examples.

The old cliché is perfectly true, “Why buy the cow when you’re getting the milk for free?”  I know the statement is offensive.  It’s meant to be shocking, graphic, and disturbing.  But please hear my argument.  For thousands of years we have lived in male dominated societies.  Men had the right to take whatever they wanted whenever they wanted – except they could not take a woman without pledging himself to her – FOR LIFE.[3]  This was the power play that God gave to women.  This was the single move that a woman had to protect herself from being used, abused, and abandoned.  In advanced societies, if a man wanted a woman then he would have to marry her.  But now women have been convinced to give their sexuality away, without any pledge of fidelity in return.  Imagine what would happen if single women in the United States would unite under the banner of celibacy until ceremony?

“If you’re going to look at pornography then there will be no more sex.”  “If you don’t stop seeing that old ‘friend’ then you will not see me in the house when you get home.”  Do you understand that it is you, my dear sister, who holds the power?  But what if he chooses another woman?  Then let him go and trust that God has something better for you.  You must stop seeing yourself as helpless and without power.  You must be brave and take control of this situation.

Women!  It’s time to demand monogamy from the male population.  Allow the deviants of our society to become the social pariahs they are meant to be.  Quit treating men who use and abuse women as if they are something to be desired simply because they are physically attractive, financially stable, or temporarily famed.  Live an empowered life by finding out and living out the sexual principles found in the Word of God.  You might be surprised how wonderfully fulfilling life and sex can be when done God’s way.

Children Who Need an Example of Fidelity

Children need us to be monogamous.  I’m growing so weary of looking into the eyes of children who find themselves the collateral damage of sexual promiscuity.  Little boys who will never grow into men because their fathers are still playing little boy games.  Little girls who learn they have no power as they watch their mothers bow to the wishes of one man after another.  Children of all ages who see governmental leaders, religious leaders, sports heroes, and Hollywood stars who have zero understanding of the word fidelity.  It breaks my heart to know that my generation had to grow up under the morally ambiguous principles of the Baby-Boomers.  It breaks my heart further to see that we are passing the same philosophy of life on to our children.  It must stop in our generation!

Is monogamy natural?  NO!  Staying faithful to one person for an entire lifetime goes against every fiber of our fallen and broken beings.  It isn’t natural to be selfless, noble, and generous.  No, monogamy is not natural, but neither is playing the violin.  No one is born with a viola in one hand and a bow in the other.  It takes time, practice, and God’s grace to become an expert violinist.  Sitting in a concert hall surrounded by thousands listening to Tchaikovsky delivered by a master musician is the epitome of unnatural.  But it is also the very height of beauty.

Our world is crying out for a better way!  Yes, I see this.  And I truly believe that monogamy is a superior lifestyle that our culture should embrace.  However, I feel compelled to expose one final truth before I conclude.  Monogamy will not save us!  A return to morality will not address our deepest need.  You see, we are utterly lost apart from our creator.  Our sin has separated us from God[4], and condemned us to damnation.[5] But God didn’t want to lose us, so he sent a Savior.[6]  Jesus came to save our souls, our cultures, and our world.[7]  If we repent of our sins[8], believe that He died & rose again to save us[9], we will be saved.[10]

Where have I gone wrong?  What did I get right?  Do you feel believe monogamy is even possible?  Do you think a return to monogamy would help our society?

[1] Polyamorous – The state of having multiple sexually or romantically committed relationships at the same time.

[2] I’m speaking in the vulgar language of our current culture to make a point.  Any man or woman who views sexual behavior in terms of scoring, points, and playing games truly and completely misses the point and pleasure of human sexuality.

[3] When a man in a civilized society refused to wed a woman but forced himself upon her instead he would have to answer to legal authorities for doing so. 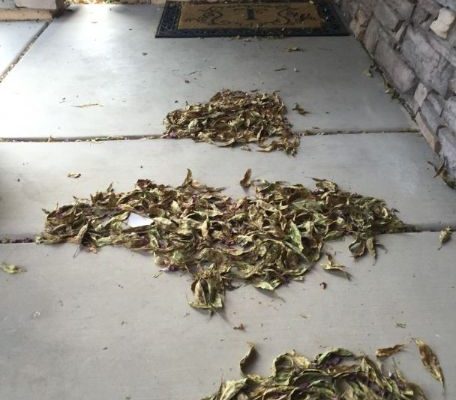 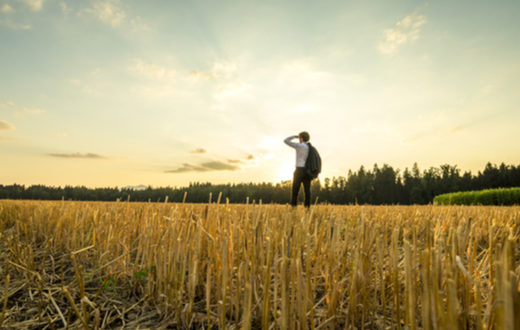 Who Pastors the Pastor?