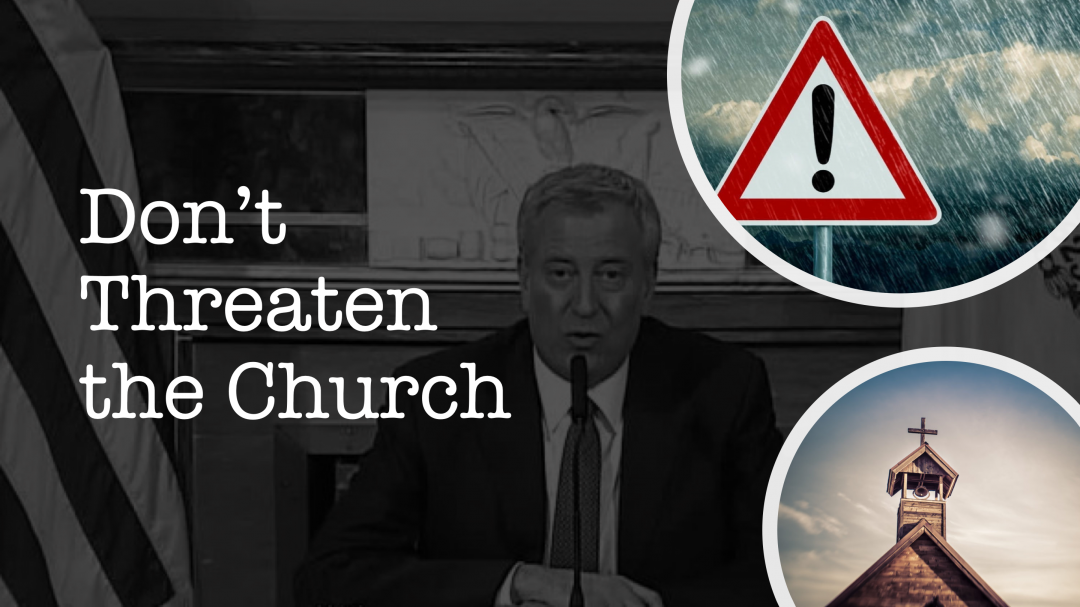 I believe the temporary suspension of public gatherings to be the wisest course of action as we follow the suggestions of our government officials, the scientific community, and the emphatic media.

I am not alone.

Around the country we’ve seen thousands of religious leaders answer the call to #StayHome.  With enthusiasm and a genuine sense of collaboration, Christian leaders have asked their congregants to remain in their houses, practice social distancing, and watch their church services online.[1]  We see the Coronavirus as a challenge we all face, together.

Of our own free will, we closed our doors and directed our congregants to Facebook Live, YouTube, and other livestreaming services.

Under the sovereign guidance of the Lord, we felt compelled to shut down our ministries in order to protect the physical lives of those who are said to be most at risk.

We have an obligation to understand and obey the Apostle Paul’s directive in Romans 13 which outlines the Christian’s general posture toward human government.

We desire to be good citizens.  And, as a simple pastor of a midsize church in Las Vegas[2], I’d like to say that the majority of the Christian community is attempting to handle this challenge with grace, cooperation, and love.

However, it’s important to inform certain government officials who have little exposure to Christianity that you should never threaten the church with permanent closure, as was done on Friday by Mayor Bill de Blasio of New York City.

I want to humbly, yet with great conviction and confidence, present three reasons why it is a bad idea to threaten the church.

1 – It Will Surely Backfire

So far, our government officials have received almost universal support from the religious community in the United States.  We understand the dangers of COVID-19.  The physicians and scientists in our own congregations have walked us through the potential dangers to our beloved elder population, and those with preexisting conditions.  Out of love for our neighbors, we have been willing to sacrifice what we hold as sacred.  Weekly services, partaking of communion, Palm Sunday, corporate prayer, Holy Week, baptisms, and even Easter Celebrations have all been willingly relinquished.

The Christian community has even been putting social pressure on the few pastors and congregations who are slow in coming to this decision through denominational leadership, social media, and personal conversations.  Thus far, the attack on the Coronavirus has been a joint effort.

But men like Mayor Bill de Blasio threaten to ruin this collaboration.

“A small number of religious communities, specific churches and specific synagogues, are unfortunately not paying attention to this guidance even though it’s so widespread,” the New York Democrat said Friday at his daily press briefing. “I want to say to all those who are preparing for the potential of religious services this weekend: If you go to your synagogue, if you go to your church and attempt to hold services after having been told so often not to, our enforcement agents will have no choice but to shut down those services. If that does not happen, they will take additional action up to the point of fines and potentially closing the building permanently.”[3]

I’m certainly hopeful that Mayor de Blasio simply misspoke in a moment of frustration.  Otherwise, he is demonstrating a massive lack of knowledge in relation to one of the minority groups found in his city.  Throughout history, Christians have been found to be good citizens who desire to obey governmental authorities…up to a specific point.  However, when governmental authority indicates a willingness to prohibit us from following our faith permanently, they will soon see that true Christians are not so easily persuaded and controlled.

2- You Don’t Understand our Faith nor our History

Please understand!  I am on your side.  I am not one who believes that the prohibition of gatherings during this crisis has anything to do with religious persecution.  As long as the casinos are closed, Disneyland is shut down, and the movie theaters are prohibited from opening – it seems obvious that we are all in this thing together.

What you may not understand is that the church doesn’t view herself as just another non-essential business.  We view ourselves as the Bride of Christ, followers of Jesus who were commanded to fulfill certain practices and ordinances.  It doesn’t surprise me that unbelievers, cultural Christians, and politicians who use Christianity as a voting block would see our weekly gatherings as nonessential.

So, here’s what you need to know.  The church will be conciliatory, up to a point. Yes, Christians throughout history have temporally suspended gathering together in extreme cases of epidemic, open war, or personal illness.  Yet, she has quickly returned to public gatherings and corporate worship – because that is what the church does.

Occasionally, she has done so in free societies with governmental approval.

More often, she has done so against governmental edict and in defiance to tyrannical mini lords.

Again, I’m on your side.  I’m trying to help you understand a minority group in your constituency.  Please don’t make the mistake of thinking you know who we are because you voluntarily check the “Christian” box in surveys, forms, and the decennial census.  We are not like the friends you know who claim to be Christians yet only attend worship at Christmas and Easter.  History of Christianity as a college elective doesn’t give you enough information to properly grasp who we are as a people group.

When true Christians hear, “If you go to your church and attempt to hold services after having been told so often not to, our enforcement agents will have no choice but to shut down those services…and potentially closing the building permanently.”  They rightfully resist such an overreach.

Our minds immediately go to the Ancient Roman persecutions of the church.  We think of current underground church in China, unsanctioned by the state.  We remember the brave Christians of Syria, marching out to the seashore in their orange jumpsuits.  We know the inside of the Russian Gulags because we’ve heard the firsthand accounts, in our own pulpits, from Christian ministers who lived through these atrocities.

For your own sake, I’m asking.  Stop demanding like a dictator.  Keep requesting like a diplomate.  Otherwise, you’ll likely have an even bigger problem on your hands.

I don’t think for a moment that Mayor Bill de Blasio is attempting to persecute Christians.  I think he is under a great deal of pressure, wants to help save lives, and doesn’t understand why these people are so insistent on gathering.  He is a sincere man, I’m sure.  Yet, sincerely out of touch with true Christian thought and a people who value liberty above safety.  Listen to one of our greatest theologians of the previous century:

“Of all tyrannies, a tyranny sincerely exercised for the good of its victims may be the most oppressive…those who torment us for our own good will torment us without end for they do so with the approval of their own conscience. They may be more likely to go to Heaven yet at the same time likelier to make a Hell of earth.” – C.S. Lewis

Finally, there is one last reason you should forgo threatening the church.

3 – You’re NOT the Ultimate Authority

Though God is our ultimate authority, it is not to Him that I signify in this last point.  I speak of the Bill of Rights.  These constitutional rights are universally loved in our nation and stand as the highest authority in the land.  Each of our public officials are required to take an oath to defend this constitution and to obey its’ laws.  Therefore, when an elected official goes beyond their limited authority and attempts to demand conformity for the sake of safety, even to the point of usurping the constitution, we’d better beware.

Mr. Mayor.  You have no constitutional authority to permanently shut down ANY religious institution.  You simply don’t hold that kind of power.

“Congress shall make no law respecting an establishment of religion, or prohibiting the free exercise thereof; or abridging the freedom of speech, or of the press; or the right of the people peaceably to assemble, and to petition the Government for a redress of grievances.”

As an American who values the Bill of Rights, I find the language of Mayor Bill de Blasio to be extremely dangerous.

I have a few questions for the reader to consider.

Is it possible, as the mayor of NYC, that other mayors will hear his tone and utilize similar language and terminology?

Is it possible that, unless confronted with this terrible mistake, political leaders might attempt to reach for more power beyond what is constitutionally allowed?

Is it possible that this is not the last crisis our country will ever face?

Is it possible that allowing this speech to go unchecked could embolden those who are truly antichurch and antireligion?

Fellas in government, I’m not against you.  Ladies in civic leadership, I am your biggest supporter!  I know you’re tired, under a lot of pressure, and making mistakes along the way.  Hey, you’re human like the rest of us.

You are doing a wonderful job attempting to keep this nation moving forward through one of the most dangerous times we’ve ever encountered.

You are far more qualified than I to speak on matters of national security, economic growth, and public health.  I trust you and I pray for you.

However, we the American people, will NOT allow certain things to be said.

Even during a time of crisis. 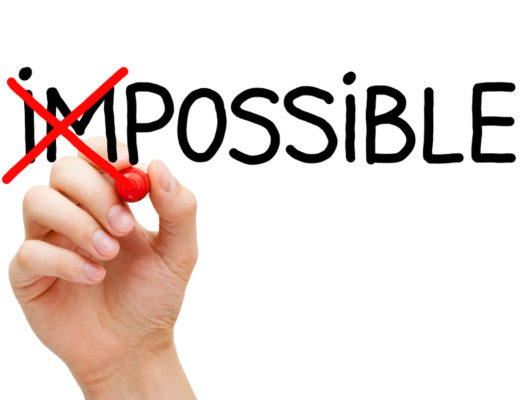 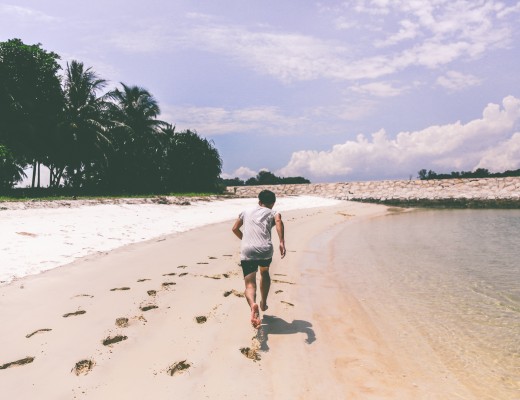 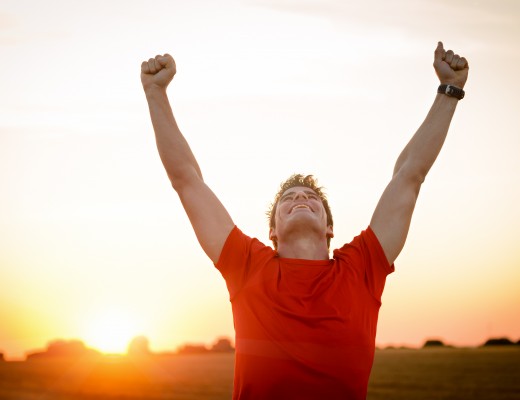 Be Weak to Become Strong