When the modern preacher spends time studying the Old Testament prophets he is often inspired by these bold leaders who seem to care little about audience reception and care nothing about personal reputation.  We applaud their willingness to speak truth to an audience unwilling to receive it.

These “disputation speeches” can be found in the prophetic writings of the Major Prophets and Minor Prophets alike.   Often these prophets were preaching to very hostile and skeptical audiences and therefore come across as aggressive and even argumentative.

Naturally, the Old Testament preacher simply reflected the hostile spirit of the audience.

Unfortunately there have been times I, as a preacher under a new testament, have taken that hostile spirit behind the pulpit to a congregation that was neither skeptical nor hostile.

I’m starting to learn that…

We are not O.T. Prophets but N.T. Pastors

Isn’t there a difference?  America is not Israel.  I’m not called to keep a nation from forsaking its God.  Instead, I’m called to shepherd a flock I’ve been given and look for lost sheep to bring into the fold.  As I disciple each new convert, they will begin to develop a Biblical worldview that will affect their family, community involvement, and political choices.  Sadly, we often grow so frustrated with the people outside of our congregation that we begin preaching sermons to people who aren’t even in our pews.  Aggressively attacking the ills of a society that isn’t listening while the sheep remain unfed.

II Timothy 2:24-26 And the servant of the Lord must not strive; but be gentle unto all men, apt to teach, patient, in meekness instructing those that oppose themselves.

The New Testament pastor has very specific instructions on how to address his audience in an effort to persuade them to truth.  But sadly, I often find myself like Moses: frustrated, furious, and fuming (Numbers 20:10-11).

About a year ago I was preaching the Christian principle of abundant giving.  I used the example of The Giving Pledge currently growing in popularity among American billionaires in which they pledge to give away a majority of their fortune by the day they die.  I had written into my sermon the following statement.  “’Oh, pastor… If I had a billion dollars then I too would be a generous giver.’  I’m sure that you think you would!”  I planned to retort sarcastically.  “But if you’re not giving now of your dozens of dollars you’re a liar to think you’d give generously with your billions of dollars.”

Pithy, right?  Like a good movie critic I was prepared with scathing statements and poignant put-downs.  But why?  I was not speaking to a hostile crowd filled antagonistic people.  I was preaching to my church.  I love them and they love me.  They are not a rebellious nation but a holy nation (I Peter 2:9).  They desire to hear truth and follow God’s Word.  Why should I address them in such a hostile way?  Moreover, how many would’ve I convinced through my unwarranted sarcasm?  Not many, I wager.

I Peter 5:2 Feed the flock of God which is among you…

Young Peter had a tendency to be too brash and too bold.  This propensity got him into trouble.  Therefore, Jesus sat him down one early morning and gave him simply instructions, “feed my sheep.”  Our Lord even repeated this 3 times to Peter.  He didn’t say, “Change the world.”  He didn’t say, “Convert the Emperor.”  He just told him to “Feed my sheep.”

Peter was so moved by this that when writing to pastors 30 years later he repeated these simple words.  “Feed the flock of God which is among you.”  Peter had seen after thirty years of doing THAT – the rest of God’s plan would come to fruition.  In fact, centuries of church history have shown us that the world did change, the emperor publicly confessed Christ, and Rome eventually fell – all as ministers were faithfully willing to preach to the church.

How do we know when we have stopped preaching to the church?  When we find in our sermons little biblical explanation and insignificant life application for the people in our audience, we’ve missed the target.  Though cultural issues of the day must be periodically addressed we must remain focused on relevant Bible sermons.  How many lost sheep are walking out of our churches in discouragement and disillusionment because they came to hear a preacher talk about Jesus but instead heard a warrior talk about culture?  There is a reason our churches are shrinking though our voices are getting louder.

We must remember the pastor’s ultimate goal is not to change culture but to shepherd his flock (I Peter 5:4). But in faithfully doing so, God will begin to change culture through a slowly growing and changing flock.  Cultural change is the result of shepherding, not the goal.  When we confuse the two we begin to see ourselves as culture-warriors rather than biblical-pastors.

II Timothy 4:2-3 Preach the word; be instant in season, out of season; reprove, rebuke, exhort with all longsuffering and doctrine. For the time will come when they will not endure sound doctrine; but after their own lusts shall they heap to themselves teachers, having itching ears;

II Timothy 4:4-5 And they shall turn away their ears from the truth, and shall be turned unto fables. But watch thou in all things, endure afflictions, do the work of an evangelist, make full proof of thy ministry.

Others will be distracted by endless debates and fascinating stories.  But we are to be utterly focused on the work of the local church.  When we stay focused, endure difficulties, convert the lost, and faithfully work our ministry – God will exalt His name, bless our disciples, and enlarge our ministries.

America, and the rest of the world for that matter, has great hope for the future if the tens of thousands of Bible-believing churches would refocus on evangelism and discipleship.  10 years from now we would have far more true Christians and deeper disciples.  This would lead to a culture shift far greater than any other thing we could possibly do.  And this may keep us from becoming frustrated, argumentative, and hostile.

Perhaps there will be a day when the Lord gives me an opportunity to speak to an audience who is hostile, skeptical, and argumentative.   In that day I hope to speak with as much boldness, authority, and passion as the prophets of old.  But until that day I will remember the audiences to whom I am speaking.  These audiences are filled with authentic followers of Jesus and genuine seekers of truth.  They deserve a preacher who believes in the power of God and believes the best of his audience. 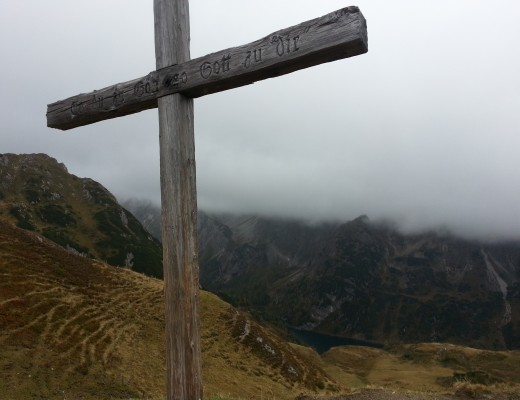 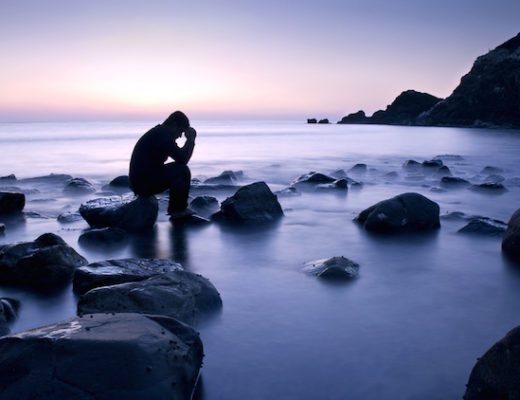 The Dangers of an Isolated Pastor