ONLINE CHURCH! The very words bring strong emotion to the hearts of many Christians and ministry leaders.

Eventually, Christian leaders will have to do what they’ve done for 2,000 years. We will have to lead the flocks to which Christ Himself has made us overseers. We cannot permanently abdicate responsibility to temporal powers.

IT NEEDS TO BE SAID – COVID-19 NECESSITY

It really doesn’t matter if you’re a Republican or a Democrat. You could be a diehard Dallas Cowboys fan and find that you’ll agree with a Philadelphia Eagles fan, at least on this one point. Even the redneck and the socialite will find common ground here. I think we can all agree. During this COVID-19 […] 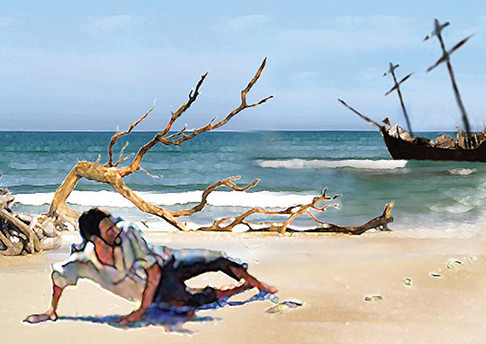 301 years ago, Robinson Crusoe, widely considered the First English Novel, was released in England to enormous praise.  Audiences loved the simple story of a castaway who spends 28 years on a remote tropical island near Trinidad.  Poor Crusoe encounters prisoners, mutineers, and even cannibals during his adventurous stay.  Yet the first foes he would face would not come […] 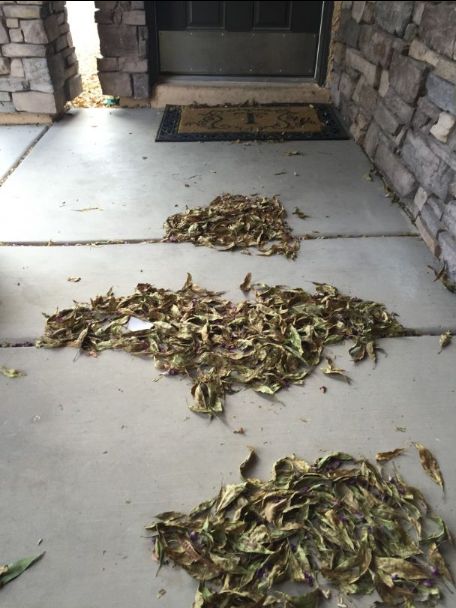 Today’s Blog is a guest post from my wife, Heather. Enjoy! “Two men went up into the temple to pray; the one a Pharisee, and the other a publican. The Pharisee stood and prayed thus with himself, God, I thank thee, that I am not as other men are, extortioners, unjust, adulterers, or even as […]

At Southern Hills, church would no longer be church without our invaluable Support Staff. Music Ministry We no have dozens of people led by Pastor Jason in our Choir and Praise Team who lead our church in worship every week.  These folks sacrificially arrive early and stay for each of our services to use their […]

I believe one of the secrets to successful ministry is surrounding the Lead Pastor with an incredible staff.  If there is one thing that I have done right over the past 8 years at Southern Hills is to hire the VERY BEST ministry team I have ever seen assembled in a church our size. The […]

Who Pastors the Pastor? – Part 2

Who are the pastor’s biggest influences in life?  In my previous post I mentioned that I have three answers to that question: #1 – The Holy Spirit, #2 – Your Wife, #3 – Your Mentors.  In the previous post I wrote about mentors.  Today, I will address the pastor’s greatest human influence, his wife.

Who Cares Who Wrote What When? – Part 2

The majority of the books found in the New Testament are actually letters sent from a particular person to a church, region or individual.  We call these books epistles or letters.  Some of the letters in the New Testament were long and formal like Romans, while others were short and personal like Philemon.  An amanuensis […]

Don’t Give Up Now

Many of us have made the resolution this year to read the Bible everyday.  Those of us at Southern Hills in Las Vegas are on The Quest (30-Day Spiritual Journey).  And though we all desire to be in the Word of God and be consistent in our devotional time we often find ourselves slipping away […]

10 Reasons to come to the Parenting Seminar

For three Wednesday nights from 6:30pm-8:00pm (Nov. 28, Dec. 5 and Dec. 12) we will be hosting a parenting seminar that will help each of us as we lead our children, nephews & nieces and grandchildren into the future.  I hope that you will attend.  However, there might be those who question why this would […]

No one in Weybridge could tell us where the headquarters

Byfleet was in a tumult; people packing, and a score of hussars, some of them dismounted, some on horseback, were hunting them about. Three or four black government waggons, with crosses in white circles, and an old omnibus, among other vehicles, were being loaded in the village street. There were scores of people, most of […]

All night a wide-awake watch was kept by all the officers, forward and aft

“The Lakeman now patrolled the barricade, all the while keeping his eye on the Captain, and jerking out such sentences as these:—’It’s not our fault; we didn’t want it; I told him to take his hammer away; it was boy’s business; he might have known me before this; I told him not to prick the […]

Understanding the Background of the New Testament – Part 1 When the Old Testament narrative ends the northern tribes (Israel) have been decimated by the Assyrian Captivity and the southern tribes (Judah) have fallen to the Babylonian Empire.  The books of Ezra and Nehemiah tell us the story of the journey home from Babylon and […]

I hate to admit weakness!  In fact I’d just like to assume that if I had any weaknesses I overcame them years ago.  Moreover, I’d like you to assume that I had none.  Alas, ’tis not the truth.  In fact those that know me personally can attest to many more weaknesses than the one I […]